Evaluate my deal
Have you recently bought/leased a new car online and requested a home delivery due to coronavirus? A reporter would like to speak to you; please reach out to [email protected] by 4/2 for more details.
Did you get a great deal? Let us know in the Values & Prices Paid section!
Meet your fellow owners in our Owners Clubs

Your predictions for the US auto market and industry for 2013 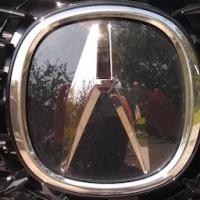 benjaminh Posts: 4,832
May 2009 in Honda
Four years from now, in the summer of 2013, what do you think the US auto market is going to look like? Several major events in the last year seem to be giving us a clearer picture.

It looks like Pontiac, Saturn, Saab, and Hummer will probably be gone. Will others be added to the list?

What's your guess for market share for the other major players?

Here are my guesses. And they are that, totally guesses. I know I could be way off...(In parentheses I have each company's 2009 YTD market share according to the WSJ.)

Chrysler more or less vanishes, although maybe sells
some trendy Fiats for 3 percent of the market. (9.4% in 2009)

I think that equals 97%, with the remainder going to Tato, Volvo, or whatever other new or existing niche players you could name.....