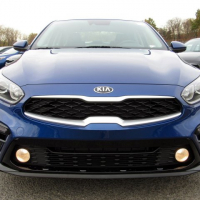 backy Twin CitiesMember Posts: 18,946
October 2011 in Mazda
I was surprised there was no discussion yet for the 2012 Mazda3, which has a new engine option: the 2.0L Skyactiv that gets up to 40 mpg in the Mazda3. Unfortunately, that engine is available only on the mid-line trims. But it makes the Mazda3 competitive in fuel economy with the latest compacts e.g. Civic, Cruze, Elantra, and Focus.