It resembles the S.74 (14.3liter), but I have never seen them with large exhaust systems. FIAT used this kind of exhaust pipes on the S.76 (28,3ltr) record car in 1911.
Is it a 'street' conversion of the S74, with added lighting, fat tires and exhaust pipes?
More footage or its story?
Someone claims it is a Vanderbild 1910 racer - is this really true? Google research did not help, I cannot identify this unique model.

Thanks for any hints and links!
m 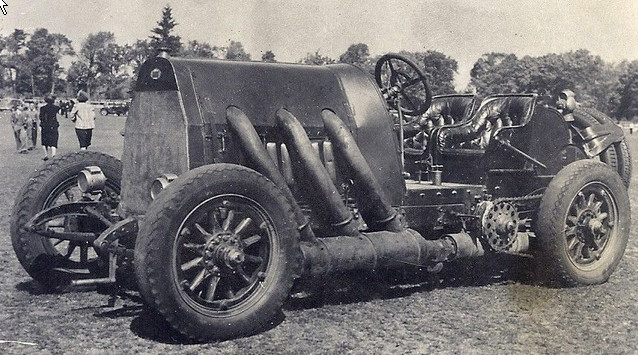