roadburner Member Posts: 15,846
August 2015 edited August 2015 in Mazda
I purchased the car new on July 14, 2007, and it now has almost 155,000 miles on it. I am a BMW CCA HPDE instructor, and I was starting to see more and more "Hot Hatches"(GTIs, Sis, Mini Coopers, etc.) show up at events- so I decided to buy the hottest hatch then available to learn how to properly drive-and therefore instruct others to drive-a high performance FWD car. 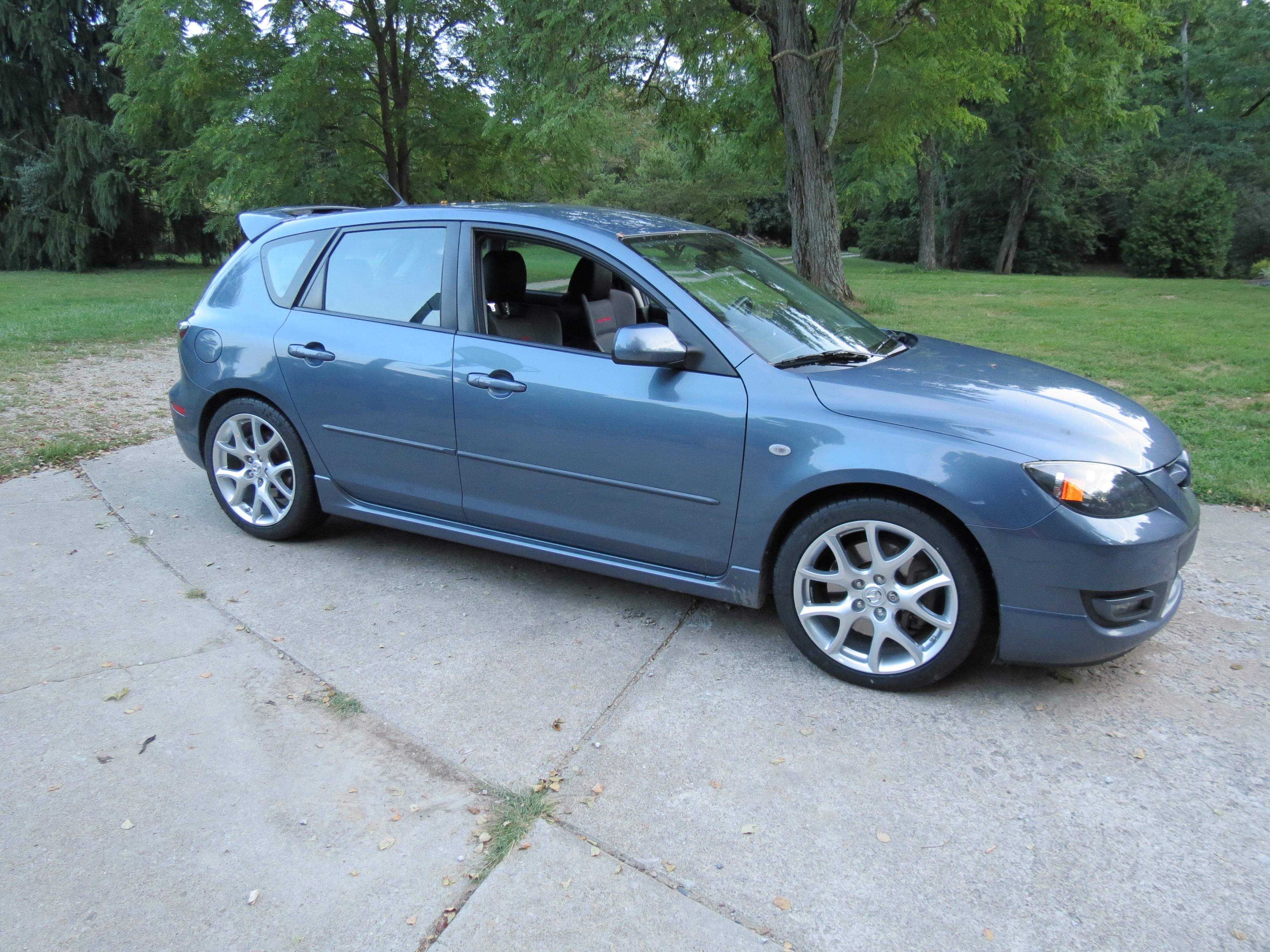 In all honesty I was a bit disappointed with reliability over the first 70,000 miles; during that period it required:

1. A new turbo(Per a TSB- not exclusive to my car, most all of the early models all had turbo replaced due to smoking at idle)
2. A front strut
3. A variable valve timing actuator(Again per a TSB)
4. An EGR valve

All but the EGR valve were replaced under warranty. After the EGR issue I began using Top Tier fuels exclusively and no EGR issues have returned. I also began using Techron regularly to keep the injectors clean.

At 59,000 miles it required new front pads and rotors. At 71,000 miles the rear shocks were toast and I had them replaced with OEM pieces. In retrospect I wish I had gone ahed and installed KONI FSDs at all four corners but at that point I was relatively certain I was going to sell the car.

Since that time I really haven't had any significant issues arise. At 5.5 years and 97,000 miles I replaced the battery. At 131,000 miles the the dealer fitted a new thermostat and rear pads(the original rotors were still good!). At 133,000 miles a friend and I replaced the front anti-roll bar bushings(the OEM replacements were a whopping $28). The car received new lateral "toe" links as a precaution($58) as well as FEBI rear bump stops to replace the disintegrating OEM stops- all at around 151,000 miles; I installed new MOOG rear shock mounts at the same time as a precaution. Again, a minor expense- $67.

Maintenance: From 5,000 miles to 69,000 miles I ran a 5,000 mile oil change interval using Mobil1 5W-30. At 69,000 miles I extended the OCI to 7,500 miles(still using M1 5W-30). At 115,000 miles I switched to M1 5W-30 Extended Performance. Used oil analysis consistently shows the motor to be in excellent condition- and that a 7,500 mile OCI is conservative. I follow the 7,500 mile service interval schedule in the owners manual for every other maintenance item with the exception of the transaxle, which gets Motorcraft XT-M5-QS Synthetic Transmission Fluid every 30,000 miles. In addition, the brake fluid is flushed annually.
MS3 new wheels.jpg 3.2M