thecardoc3 Member Posts: 5,575
August 2016 edited August 2016 in Dodge
This 2002 3.9l van has quite a history. Another shop had it for an extended period of time and between losing their way in both the diagnostics as well as with communication with it's previous owner they asked for some help.

The first time seeing the van with the original PCM, it would crank but not start (no spark). There was no command from the PCM for the ignition coil. Testing confirmed correct inputs to the PCM and bi-directional tests proved the PCM could not command the coil to fire. The owner had provided their own replacement PCM and wanted it installed and set up. I have a rule that rarely get's waved and that is no carry-in parts, but for a second shop I will make some exceptions.

Installing the PCM was easy, but the set-up could not be performed. The replacement PCM that they provided was DOA, no communication on the data bus. More time had to be spent to confirm if there was a reason on the vehicle for the replacement PCM to not function and there were no external issues. Re-installing the original PCM the system went back to the cranks no start, no-spark original complaint. The shop took the van back and subsequently bought it from the owner (solving one problem) and set about repairing it by getting a remanufactured unit. Due to the age of this vehicle and the fact that it was not equipped with SKIM (security system) it really is a plug and play, where all I have to do is verify that the software level is the most current and then write the correct VIN and mileage into the PCM. I told them to just get the new PCM and they could put it in and they could drive it down for me to set-up for them.

A few weeks went by and they finally got back to dealing with this, acquired a new PCM for it and it fired right up after installing it. They had been running it for a few days and planned to drop by for me to finish the set-up when it started running bad, hesitating and misfiring. They proceeded to "tune it up" since they could not be sure just how old the plugs and wires were. That didn't help, it would run fine cold but after it ran for twenty minutes it went right back to running bad. It was setting codes P0301 and P1391. The P0301 is a misfire on cylinder #1 and the P1391 is a loss of the cam or crank sensor signal. They were at a loss for how to proceed, so they asked for some help once again.

The most important thing about any diagnostic event is that the person assigned to the job needs to follow the right routine each and every time something is investigated. This vehicle has been looked at previously and that's fine, but when diagnosing this problem everything that is known about it from previous visit(s) needs to be "forgotten" and the only thing that is important is what is going on right now.

The first thing to examine are the trouble codes themselves. The P0301 means the computer has detected a misfire that it is associating to cylinder #1. In order for the computer to determine that it has to monitor the crankshaft sensor signal so that it knows when the crankshaft speeds up as well as slows down and it needs to use the camshaft sensor signal to know which cylinder should be firing. This leads to a question that a technician must consider, if the PCM thinks there is a problem with one of those sensor signals, then why is the misfire monitor even running? The next question that must be asked and answered is, what exactly is wrong with one of those signals that is causing the computer to generate that code?

Here are two screen shots of the CKP, CMP, and ignition coil primary command. The first one is when the van is cold and running correctly. The second one is when the trouble is occurring. What do " YOU " see? 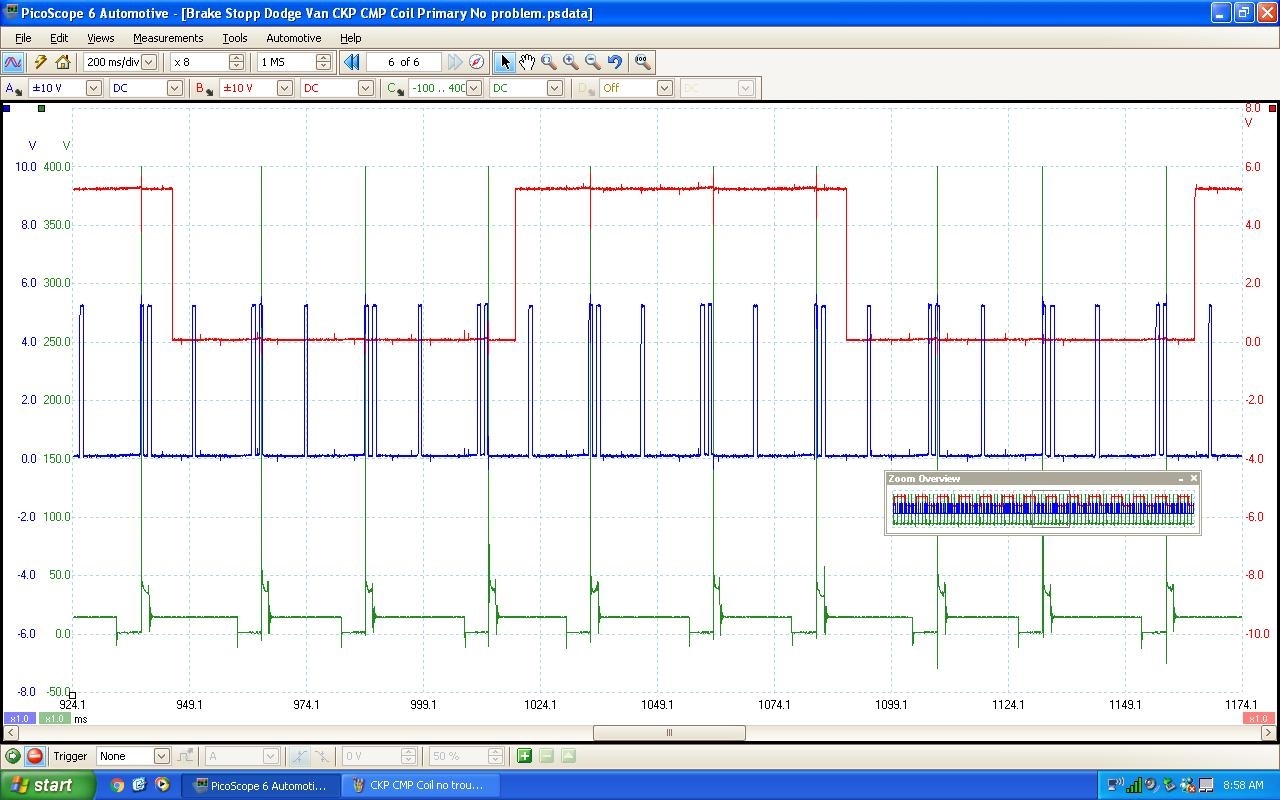 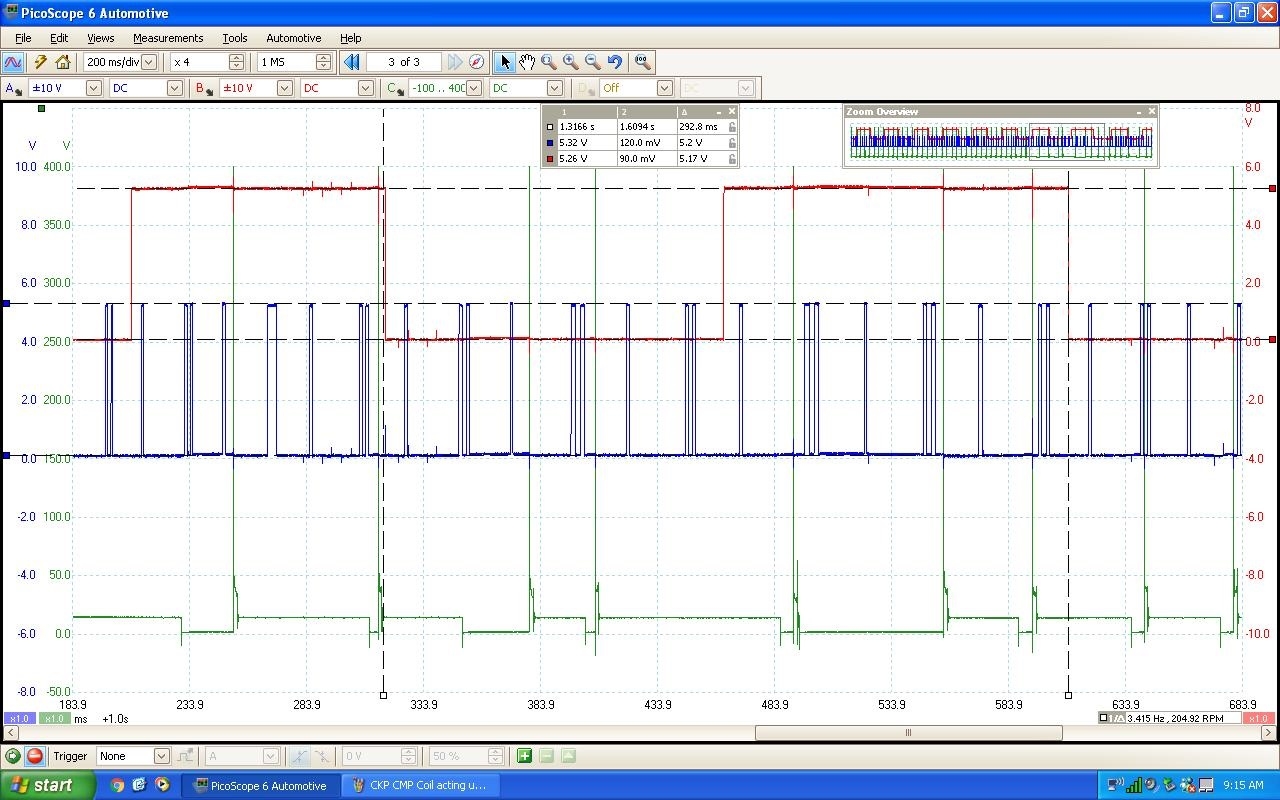