yellowcaper Member Posts: 1
March 2018 edited March 2018 in Chrysler
Some weeks ago my car began refusing to shift out of park without excessive force whenever the temperature dropped below freezing. I realized later (after something finally broke) that it was likely from spilling a large amount of liquid into the console. I assume that it pooled somewhere and caused resistance whenever it froze. The car will no longer shift out of park, and the shifter moves freely, obviously broken.

Having taken the console apart I can see a broken part very plainly but I don't know how to tell if that's all that's broken or if I should assume something is wrong with the cable as well.

I just want to know what steps to take next, what the broken part is called, and whether or not there's any way for me to tell if anything else is broken other than that piece of plastic. 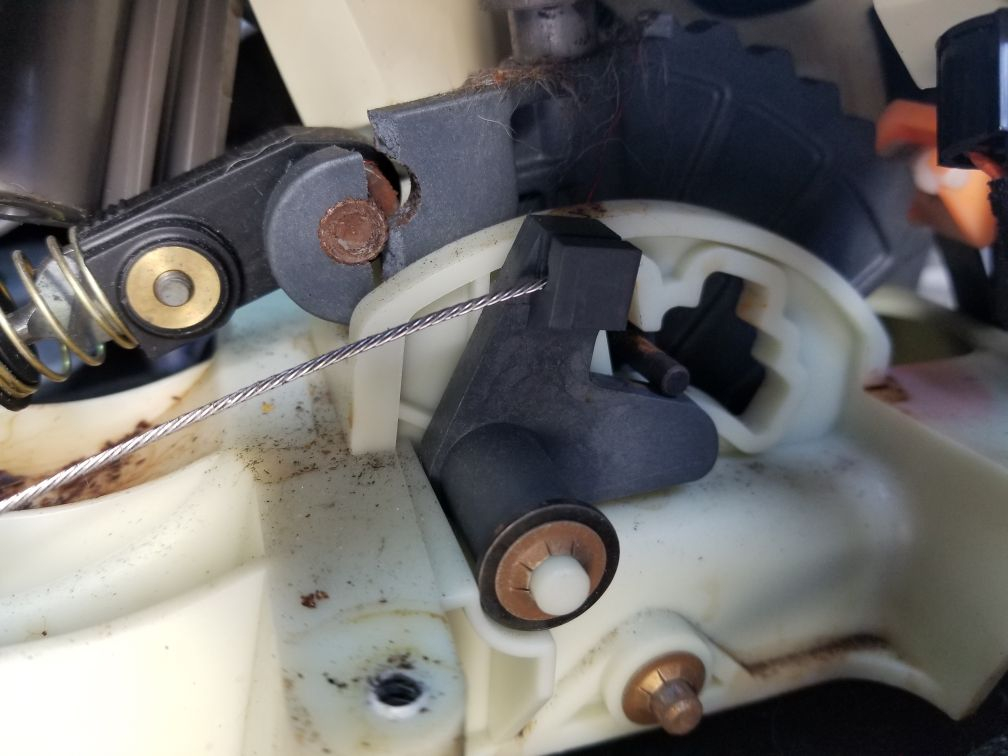 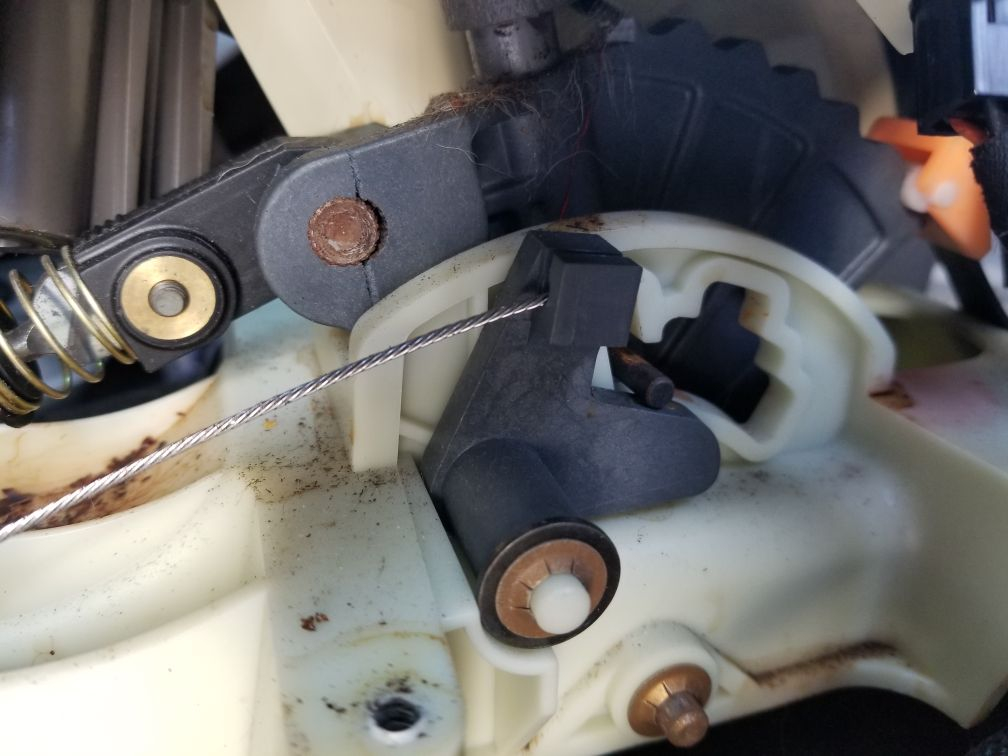