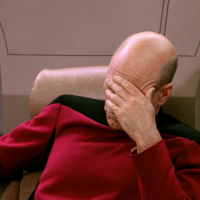 I recently replaced a faulty cooling fan on my 2014 Grand Cherokee Limited (3.6L V6). I used a Dorman unit sold by Autozone as an OEM replacement and the swap was quite simple, though the wiring harness did not match the OEM one and I had to do a bit of splicing to get it hooked up. 3 wires, no big deal to sort that one out.

However, upon plugging it in and finding that it worked, I realized a short while later that the fan was not shutting off, even with the car turned off and the engine completely cool. Short victory. I've been digging in and haven't found an adequate resolution yet.

My first thought was to check the relays but even after pulling both of the relays (hi/low) and a 60A fuse from the fuse box (everything in there listed as being related to the fans),the fan continues to run. This is puzzling, as it seems to me that cutting power at this junction should stop the fan. Clearly there is a deeper issue. I've seen this problem discussed in relation to older models and have seen mention of a separate cooling fan motor relay, mounted beneath the passenger headlight, but haven't found anything specific to this model year that references this equipment, nor where I may be able to find it. I popped in behind the headlight through the wheel well and didn't find anything that appeared to be a control relay. I've spent a few hours trying to figure out where they might have hidden it in this version of the car, or if it even has one in the first place.

Could this be a symptom of using a fan that is not an exact OEM replacement? The stock part is clearly of higher quality, but I don't see how that could impact this with only a positive, negative and ground going to either motor with no other wiring that would indicate some sort of control circuit built into the fan. It makes me wonder if this was a preexisting issue that caused the stock fan to run continuously until it burned out, unfortunately I didn't notice anything amiss before the stock fan failed so I really can't be sure which issue arose first. I'd hate to return this fan and pay five times more for an exact replacement only to find that the problem persists due to an equipment failure elsewhere in the system. My gut is telling me the fan itself is not the issue, but I welcome any input.

Documentation for any of this stuff seems hard to come by these days, so I'm hoping for some leads that can help me track down the problem.