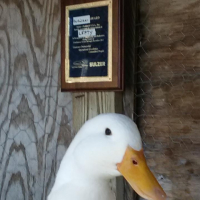 Sundevil11 OklahomaMember Posts: 2
October 2018 edited October 2018 in GMC
My 2001 GMC 4x4 Yukon with 196,000 miles dies while on the highway. It usually occurs while doing highway speeds and on trips longer than 6 hours. Once it stalls it will usually start back up after 10 minutes. As with many other examples I've read on the internet, this is not an uncommon occurrence. For anyone who has experienced this issue, or knows what other people have fixed or had replaced on their vehicle to remedy this problem any feedback would be greatly appreciated. Here is what I can tell you about what has been replaced on my vehicle at this point.

This vehicle has now been to 5 GMC/Chevy Dealerships (across multiple states). No one at this time has pin-pointed the specific issue. To say this is frustrating is an understatement. I could go on and on about how dangerous it is but anyone who is aware of this issue already knows that. I just need to get to the bottom of it. Thanks for your time and hope that someone out there can help me.
Tagged:
0