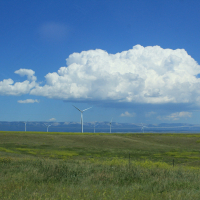 AtomicTurquoise Member Posts: 1
August 2019 edited August 2019 in Honda
Hello,
A few months ago my boyfriend and I bought a CR-V with 260,XXX miles. I have had a 4 runner, montero, and accord make it well past the 260,xxx mark, so I wasn't concerned about the miles. The thing was running good for maybe a week and then we ran into the stalling. Right before the car shuts off the car shudders like its trying to shift but cant, it usually does it between 25-45 mph/2600-3500 RPMs, the oil light and the battery light come on and usually it takes pushing the car off the road and waiting until it will start again. The distributor, spark plugs & cables, fuel filter, fuel pump, and torque converter lock up solenoid have been replaced. The check engine light hasn't come on, but comes on briefly when starting the car - like normal. Before replacing the torque converter lock up solenoid, the only code that would come up was for the lock up solenoid, I believe it was P1753. Got lucky and got a defective lock up solenoid & that caused the CRV's D4 to blink. That went away with a new lock up solenoid, THANK GOSH! My boyfriend says the car usually stalls when he goes to brake on flat land or downhill, but the thing has shut off while in park. idling really rough and feels like the car has no power. It DID NOT drive like this before!seems like the car doesn't like when cruise control or the ac is on and it seems like the AC is broken. But now we've driven it from Seattle, Washington to Charleston, South Carolina and shops have done diagnostics and said they cant force a fail after 30 mins so they give up. Have had the transmission flushed twice in two months to make sure there was no particulate. have regular oil changes @ 3000 miles. A dealer in Charleston is looking at it now but they've already called and told us twice they also cant find the issue. Any help is appreciated!
Tagged:
0
Sign In or Register to comment.