I have a 1996 Pontiac Grand Prix (3.1 v6) that dies at idle or low RPM (such as coming to a stop, reversing, stop signs/stop lights, etc). It will try and correct itself jumping between 500 and 1000 RPM before it loses power. It will turn back on immediately. It runs at highway speeds just fine and I don't notice any issues accelerating. It also seems to be worse in the summer time when it's warmer. The service engine soon light comes on and I pulled a code (P0131 oxygen sensor circuit low voltage bank 1 sensor 1). I feel like it's not getting as good of mileage as it should be and I feel like the exhaust smells more than it should.

I've done some research and it seems that it could be a bad oxygen sensor, wiring harness, dirty throttle body, dirty mass airflow sensor, bad mass airflow sensor, idle air control valve, or crankshaft position sensor among other things. My father-in-law is set on it being the O2 sensor, but I don't want to just throw money at parts, but it's also going to cost me $120 to have it diagnosed. Any thoughts? I know it wouldn't be a bad idea to replace many of the parts as this car has 300k miles on it and an engine that has 150k miles. My father-in-law said he has never replaced the O2 sensor.

Side note... I found a random cord unplugged that sits behind the spark plugs and have no clue where it connects. I'm not sure if this is part of the issue or not. Here is a picture of it. 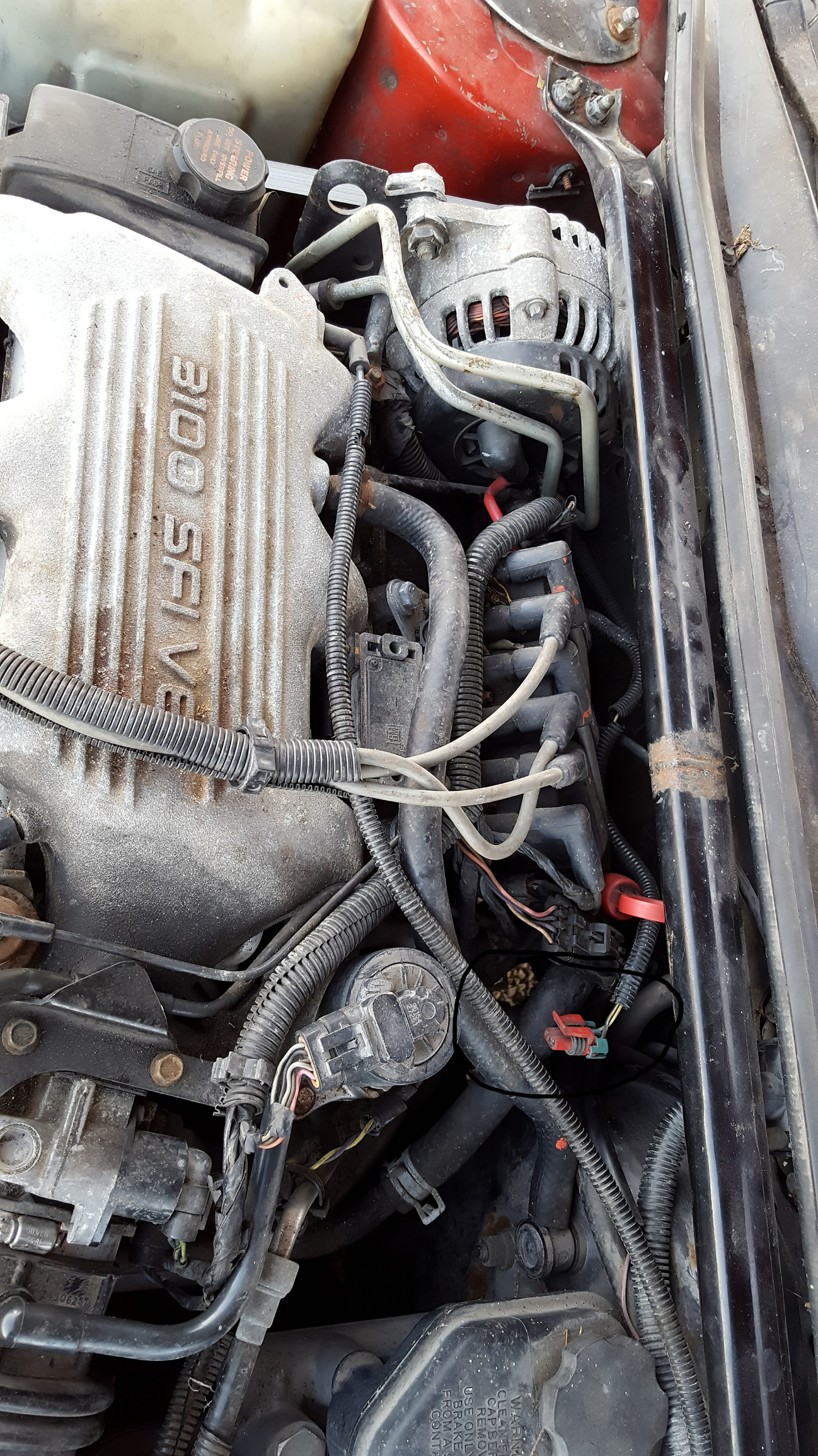