Safe to drive? Post inspection/repair the VDC/Traction and ABS stay on 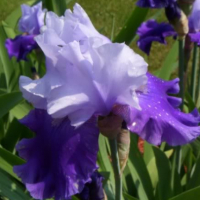 jrdpa Member Posts: 5
July 2020 edited July 2020 in Subaru
So I just had $1,000 worth of work done to my car at our Subaru dealer. I have a 2009 Forester 2.5X Premium (no turbo) with 105,000 miles on it. We had PA inspection, emissions, and the last airbag recall all done. In addition to this they said my right front sway bar link was broken (I didn't notice any problems driving it), my exhaust had a leak and they replaced the gasket "Exhaust is leaking at the mid pipe and secondary cat flange", and the timing belt and tensioner were replaced. The belt was done due to mileage and then when I called to see if it was done because it was 4 PM already they said they were having trouble getting it off. Well, then the rep called back about how they were having trouble getting it off and how the tensioner was looking worn and had a big dent in it. Hmmm... So that was replaced. When I tried to talk about it the next day I got this line about "It's an engine, there's moving parts..." Duh, but I wouldn't think it would mean they'd be denting other parts in the engine! He also argued about where in the engine the tensioner and belt were to each other (inside vs outside) so I couldn't get them to admit anything or pay for the tensioner. Well, now that it is home and has been driven maybe 3 times since June 25th my ABS light and the Vehicle Dynamic Traction Control light (car with wavy lines underneath and a line through it) are staying on. There's initially 13 lights on when I turn on the car but the others went off as I let it run for a couple of minutes in the driveway. I took a photo of initial lights and what remained on, but the forum isn't letting me add the photos. So is it safe to drive until I can get the service manager to return my call?

So I don't miss anyone, thanks ahead of time!

Edited to add: This isn't the first time I've had lights stay on after this dealer worked on my car or I had an inspection done.
2009 Subaru Forester 2.5X Premium - 105,000 miles
Tagged:
0
Sign In or Register to comment.