We have an updated look. Click here for information on how to manage your settings. If you run into any issues, please email [email protected] 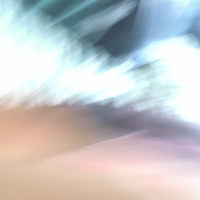 prndldriver Posts: 21
August 2007 edited April 2014 in Mitsubishi
How long do you realistically think that Mitsubishis are going to be sold in this country? This question is my biggest holdback from getting an Outlander. I would like to have this car for 10 years, but am just queasy that Mitsu will pull out. I know about the 10 yr and 5 year warranties. Even with those, Mitsu has a mixed track record on announcing recalls. The difference between the IntelliChoice and JDPowers notes on reliability of an Outlander is confusing.

The Outlander seems like a great SUV and has many features that I like all at a good price. The ride is not as smooth as say, a Highlander, but it's not as bumpy as the CR-V, which also has a smaller engine. I guess that's more due to it being an SUV. I would like to buy this SUV but have these concerns.
Tagged:
0