Some cars you love, some you hate and some really should not have come into your life. My Mercedes B250 is one of the latter! It seemed a great idea at the time and satisfied Judy's request for a blue car with a sunroof. 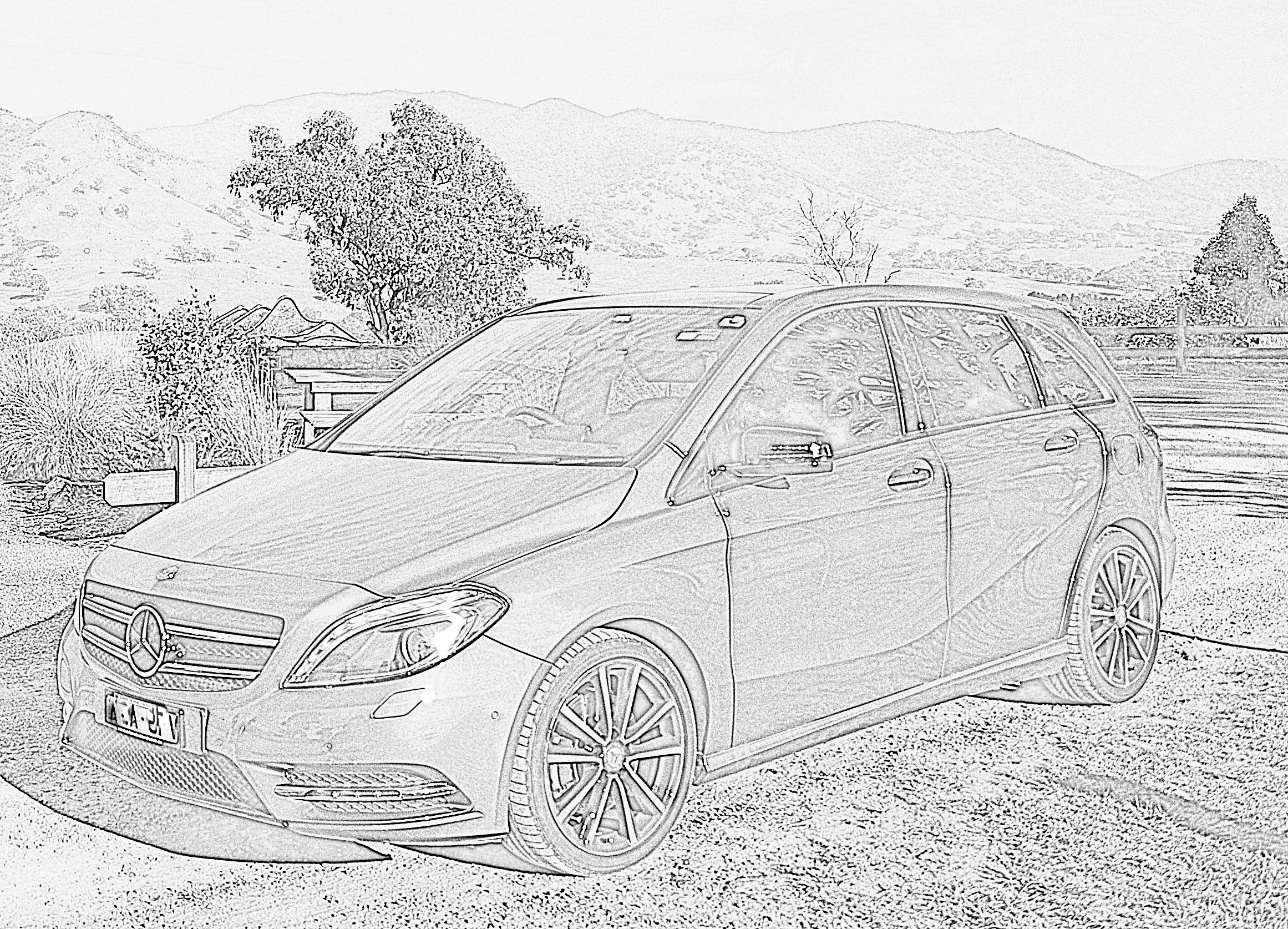 I acquired it, fifteen months old and with 14,000 km on the clock. Eight months later, I've added 10,000 km in city, highway and freeway driving.

My prior experiences with a Mercedes should have warned me, but the appeal of the great design and superb safety features overcame my reservations. I am now remembering just what an experience Mercedes ownership is. They might only need one service a year, but that is a "BIGGIE". Today was a two year B Service, quoted at AUD 950, but ultimately just under AUD 2,200. Ouch!

It is an unsuitable car for my lifestyle. Run flat tyres mean great handling on perfectly surfaced roads, but my commute takes me over tram tracks, pot holes and service pit covers; I feel every bump.

Don't even think about going off bitumen. the intrusive collision warning alarm screams of looming danger at even small rocks vaguely near its path. That alarm is so regular, and so annoying that you cannot separate genuine danger from imagined.

The overbearing personality and Germanic determination has earned our B250 the unflattering name "Brunhilde" (sorry if its your mum's name - if it is, you'll already know what I am talking about). We had toyed with "Eddie" the overbearing alternative personality of the shipboard computer in Douglas Adams "The Hitch-Hikers Guide to The Galaxy" but Brunhilde is definitely female, domineering and unhelpful!

Even the dog is not a fan. She noticeably prefers the flat floor of my ten year old Toyota which is easier for an old dog to enter and the seats are easier to climb over.

The B250 is loaded with every gimmick known to man. The overbearing collision sensor warns me each morning that I may hit a tram stop, well away from my actual course. Little lights shine to tell me how near each corner of the car is to an object, hopefully to assist with backing and parking. It has one of those fancy parking devices which should allow you to parallel park in a tiny space; a pity that everywhere that I routinely park is at right angles to the kerb.

The engine, a turbocharged 2.0 litre is lovely at freeway speed, but has a vicious turbo lag from rest; you accelerate hard at your own risk when making a sharp turn.

The 7 speed dual clutch auto has much to recommend it when moving, but is hell from an uphill start, where it does not engage quickly enough, letting the car roll back, a trap for the unwary. That means my driveway and the first two intersections from home are complex two foot juggles. Oh for an auto with a bit of creep built in.

A recent run in with my old Toyota was also salutary. Misguided by the screaming collision warning system (was it warning of front, side or rear hazards; I could not tell?) I rolled back into the Toyota, causing AUD 2,800 damage to Brunhilde. When I inspected the Toyota I found not a scratch.