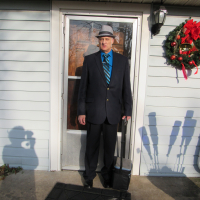 Preacher Member Posts: 1
January 2019 edited January 2019 in Lincoln
A couple years ago I replaced the Blend Door Actuator due to the air not switching from floor, vents, or defrost. It worked perfectly.
Now however while using the A/C sometimes it takes a little while for the A/C to kick in while the air stays hot unless I decrease the temperature to under 70 degrees. Works right away at 60 degrees.
When in the Duel mode for passenger and drivers side, when I turn down the heat or Air Conditioning on the drivers side it affects the passenger side instead. I tried to turn down the passenger side to see if it would effect the drivers side but it had no change. My wife like the temperature warmer on her side, passenger, while I prefer the drivers side cooler for me. Any thoughts?
Tagged:
0