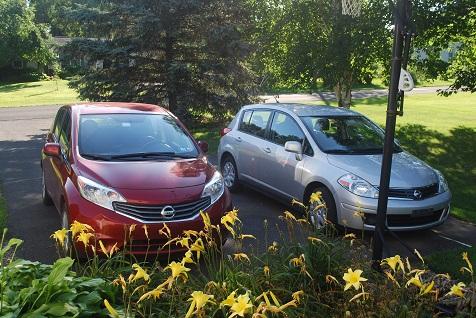 It's the red one on the left (mine is the 2013 Versa hatchback on the right) and it's Mrs. PF's daily driver. And let me tell you, she does put it through its paces with a 42 mile daily trek to her office through rural Central PA. Currently at about 39,000 miles (and counting) while getting 40 MPG with the CVT transmission.