I'm rusty on the subject of older trucks and engines etc.

I have a '73 Ford F-250 I've been struggling with the decision to keep it or sell it for a few years now. Finally I'm thinking seriously about keeping it and putting money into it. 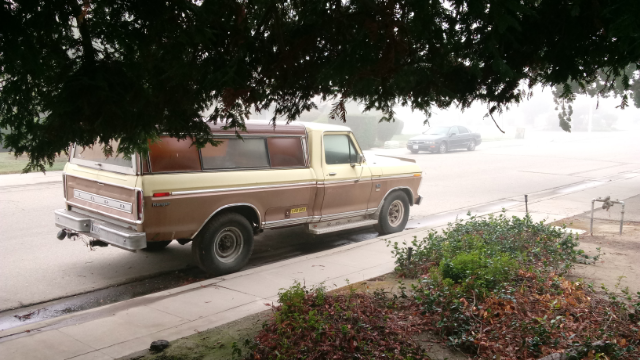 Any thoughts on spending money and keeping the truck long term for regular use? Does anyone really know how to deal with carburetors anymore? It has a 4-barrel. I can adjust them to a point but not confidently.

It burns out points now and then. I used to be good at replacing them anywhere. Don't know why they burn out.

The engine is not original I think it is a 408. It runs good. Uses a little oil. It has had a problem with sticking lifters or something when the oil got too low before which made a LOUD racket and did not sound at all good. It stopped and I used it in a little business I had working it hard for a few years after but I never had confidence in the engine after that. I know there is a bad freeze plug that needs replacing that requires lifting the engine.

Last time I checked the vacuum and compression were good.

I'm wondering about the engine...
Would a smaller engine be better? Maybe something less than a 4-barrel carb? I like that this truck has a lots of hauling power. Would it be better to have the engine rebuilt or just go with a new short block.

The truck is too loud so it needs other mufflers. Would that lessen the power?

I'm in California now and they have managed to get most old vehicles off the road (sob) so I am wondering about emergency part availability here. It used to be absolutely no problem. I know there are probably millions of parts still out there.

I love these old trucks. They are very rare here anymore. I don't want to spend thousands on a newer one with all the complex systems.

Any thoughts are appreciated. All this used to be old school that thousands would know. I don't know about now though.