What are these little indentations for on the sides of steering wheel?

mr6jam Springfield, VAMember Posts: 4
December 2018 edited December 2018 in GMC
When I got my brand new 2018 Yukon Denali back from the GMC dealer repair shop (Koons of Tysons Corner GMC) I noticed someone punctured holes into the sides of my steering wheel where there are little indentations made by the factory. (The repair shop replaced the steering column because it was making strange sounds when turning the steering wheel). When I asked the actual mechanic who did the repair work why he punctured holes into sides of my steering wheel he said "that is how it's supposed to be" and "those are access ports". Can someone confirm that this is true? I find this hard to believe - why would GM not provide pre-made holes if this is in fact an access port? Why would GM want someone to take a screwdriver and punch a hole through the side of my steering wheel of my brand new truck? Please see attached photos of this. I want to make sure I know what I am talking about before I go back to the dealership and raise hell.
Thanks for any help. 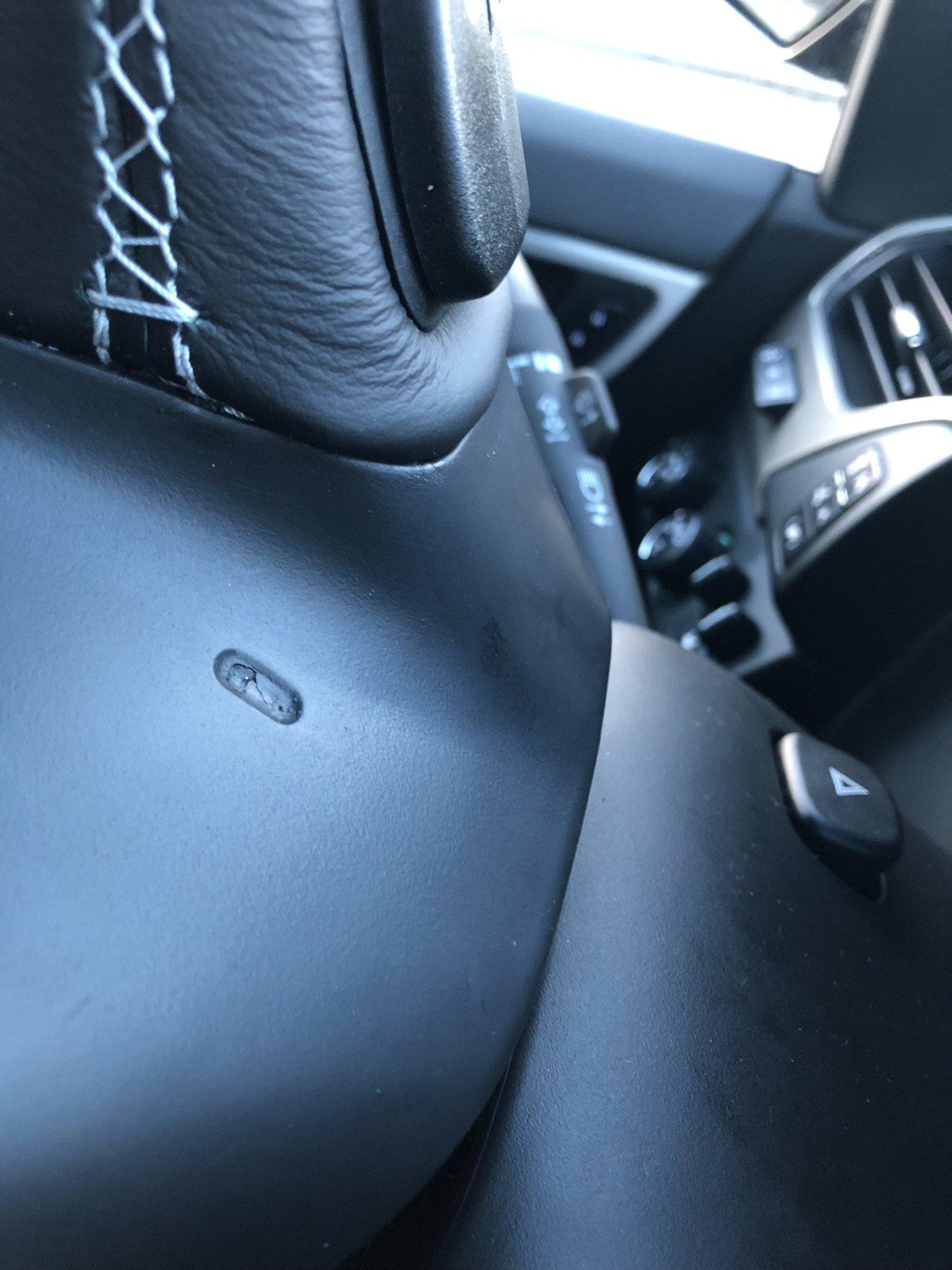 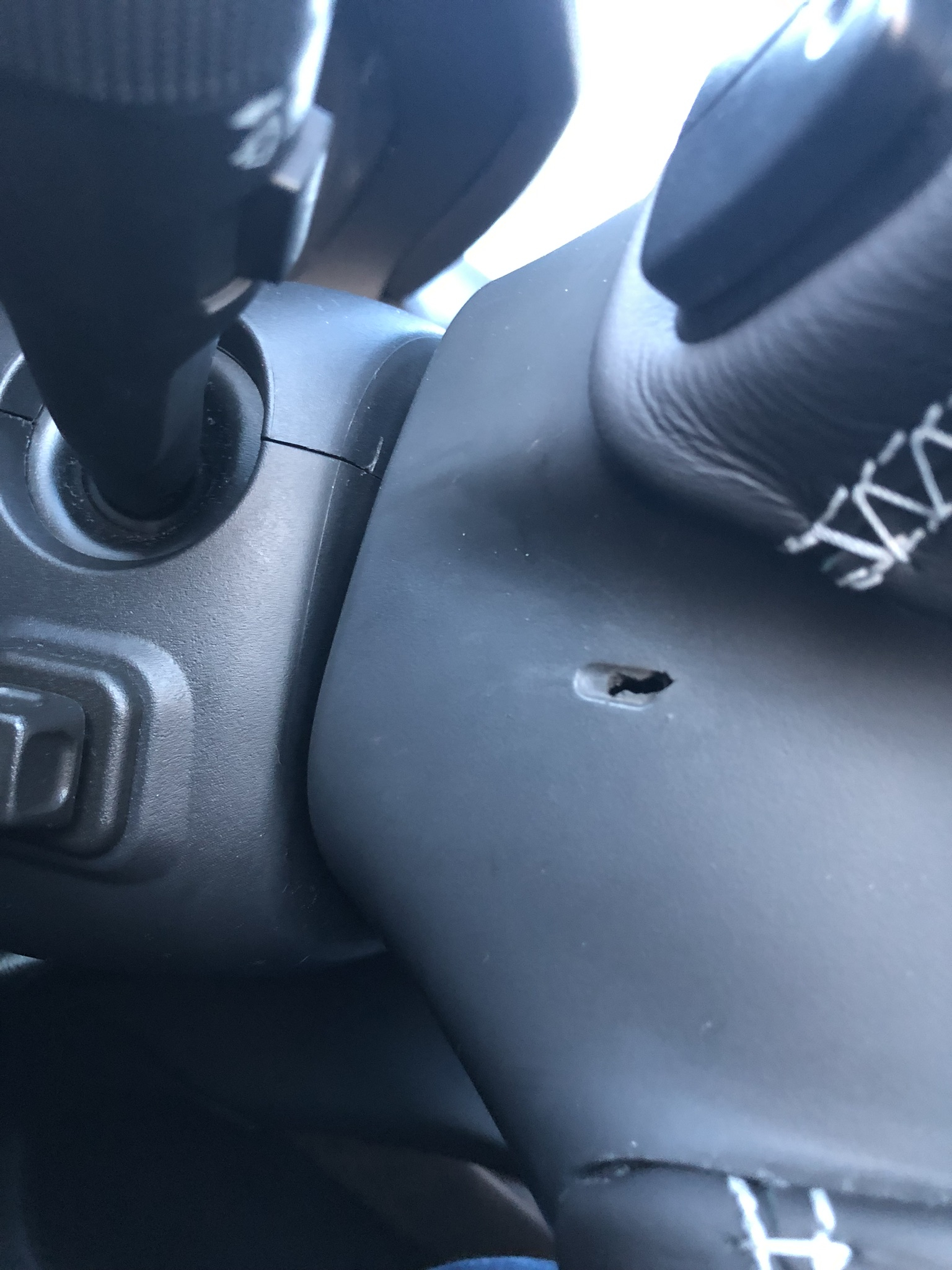