Same for the Widebody 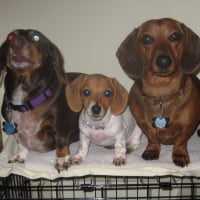 So, when you say lease cash, is that from Hyundai itself or a local dealer? I'm new to all this.

Hyundai to customer rebate, applied as a CAP cost reduction

Hi! I'm looking for the MF, residual value and incentives on a 2020 Elantra Limited for 36/10k? Thanks

Re: Edmunds Members - Cars and Conversations

What happened to just the joy of driving? All this high tech stuff, though impressive, robs the driving experience, at least to me.

Not sure about robs the driving experience....but it is different. I like the C250 because of its simplicity, start it up, put it in gear, and it works like cars have for 40 or 50 years. Not even a rear view camera.
But the newer cars are more like flying a new plane, digital instruments, all the comfort options, fast, smooth, with lots of extra features like GPS, BLIS etc.
I like having one of each, but if I could only choose one I'd take the newer one with all the extras. 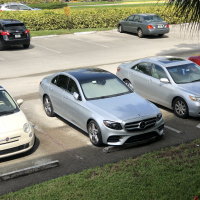 Re: Lease info for McLaren GT through Chase

Any info on new Chase leases for the GT?

Rained all day today so it was a bit of a chore driving at work. I had to drive the 13-pack right around lunchtime, but glad I did. While at PBI getting two vehicles to bring to an office in Lantana, the other two got into a slight accident while one was backing up. It didn't hurt the paint but it left a nice dimple in the sheet metal. Naturally, there were forms to fill out and it took a good hour to get that all done. But accidents do happen, just part of the game I suspect. We eventually got another vehicle and dropped both off at the location that needed them. Was just glad that I wasn't involved to be honest. I'm sure that after a certain amount of these fender benders, Enterprise would have no choice but to let the multiple offender go. No one likes to fire someone or get fired, but depending on how many vehicles get damaged, management has no other choice than to sever ties with that person. I do remember someone I worked with as an independent contractor who also got hired by Hertz, getting fired because he had a bunch of small fender benders. Guess they felt that he was too great a risk and had to say good bye once and for all.
I know these kind of things are sometimes unavoidable but I try very hard to be as careful as I can so not to have one. I did have one at Hertz, minor though it was, I still had to fill out paperwork and then go for a drug test. Doubt they do the drug testing anymore, but back then, it was mandatory. And with all the rain today, we saw a multitude of accidents all over South Florida!

Up here Enterprise has a three strikes and out policy. Some of the guys have come pretty close. One had two accidents in his first month, one was a doozie where he wrapped a 900 miles cargo van around a steel beam coming into the yard. Another guy actually knocked the gate to the yard off the hinges because he said the gas pedal stuck.

Then we had one crash into a tractor trailer, knocking the wheels off the truck, another who flipped a car end over end and a young guy who didn’t tell the company he was on heavy duty pain killers and passed out, rolling the Jeep in a ditch.

And that’s only the ones I know about. None of them was drug tested which blows my mind.

So what your saying is they'll hire anyone and anything with a pulse.

If I was running things, any at-fault collision within the first 6 month "probationary" period would equal 3 strikes.

LOL, too many tickets will get you the boot as well. If you were running things it wouldn’t be for very long.

My company hires the best people minimum wage will buy.